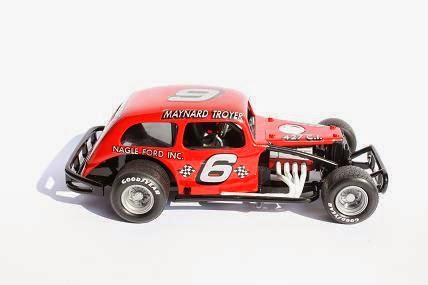 It's the back-to-school, back from gallbladder surgery edition. What's been happening in sports business that is worthy of your attention?

The verdict on Michael Sam as a football player is still out as he works to make the St. Louis Rams. At the same time, there are questions about the suitability of Sam as a product endorser. Research from Networked Insights analyzed social media sentiment pertaining to Sam and an endorsement deal with Visa. Findings from the research suggested Sam is not as good of a fit for Visa as he would be for brands such as Adidas, Saucony, and Coach (none of which have signed Sam as endorser).

Are Michael Sam and Visa a Bad Match? by Melissa Rudy, Adweek

2. Beginning of the Great Divide in College Athletics?

A recent ruling by the NCAA seems to have set the stage for institutions in the five most powerful conferences (ACC, Big 10, Big 12, Pac-12, and SEC) to offer more financial support to their student athletes. The result might be a further division between institutions in these five conferences and everyone else. The dilemma facing "everyone else" is represented in an article profiling Fresno State University's athletic programs.

Rob Manfred, a long-time lieutenant to outgoing MLB Commissioner Bud Selig, has been selected as the next commissioner. One of the first questions asked of Manfred was what his priorities would be when he assumes the helm. So far, Manfred has not tipped his hand about how his agenda will take shape. Perhaps he does not have to worry about that as there are enough opinions as to what his focus should be- speeding up games, growing baseball at the grassroots level, making more use of technology.

A new season of English Premier League soccer has begun. Fans attending matches must curb their enthusiasm to post video snippets of the action. The league came out with a message for fans: Do not post video of goals on Twitter or Vine. The policy is in support of broadcast partners that pay dearly for the rights to EPL content. But, does the effort to "protect" media partners come at the expense of promoting the sport? The policy was the second anti-technology directive in a week following Manchester United telling fans not to bring tablets to the stadium. Is technology a significant threat to EPL and its partners?

Premier League Warns Fans not to Post Goals on Vine and Twitter, by Tom Warren, The Verge

5. When You Ask for Fan Input, You Will Get It

From the "When Will They Ever Learn?" department- US Soccer thought it would be a good idea for fans to ask US Women's National Team goalkeeper Hope Solo questions on Facebook as she closed in on setting the USWNT record for shutouts. When given the invitation, fans responded... only not with the questions envisioned. Solo's off-the-field problems with domestic violence charges were fodder for posts such as "I thought she was more of a striker lately" and "It's certainly going to be hard to get the ball through the prison bars and past her." Some people questioned the wisdom of promoting an athlete who is embroiled in legal problems. Perhaps US Soccer could have learned from Florida State University athletics and its similar experience when inviting Twitter followers to post questions for quarterback Jameis Winston (who has had legal problems, too).

What do you do when your main competitor has a lock on a valuable category? You go find another category to dominate. That is exactly the path taken by Dish Network. With DirecTV owning the lucrative NFL market, Dish Network set its sights on being the brand for Saturday football. The company has amassed a collection of collegiate TV properties including the SEC Network, Big 10 Network, Pac-12 Network, and Longhorn Network. The passion for college football in the South and Midwest offers Dish Network a marketing opportunity to match its sports programming assets with fan affinity.