Positioning MLS to be a Marquee Pro Sports League 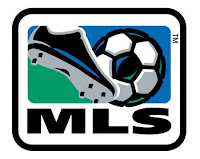 The 2013 Major League Soccer season kicked off recently. Now in its 18th season, MLS has worked to overcome competition on two fronts. First, European leagues and global competitions put MLS down the list of elite soccer properties. Second, the sports landscape in the United States has become extremely crowded with growth in collegiate sports and emergence of niche sports like action sports and mixed martial arts competing for consumer interest and involvement. In fairness to MLS, it is a daunting task to launch a brand from scratch and build it to the point of being on par with the NFL, NBA, and other established sports properties. Despite the challenges MLS has faced since beginning play in 1996, the league has made steady progress in elevating its profile. Today, MLS is 19 teams strong, with sixteen clubs located in the U.S. and three in Canada.

One of the most important strategic decisions marketers can make is brand positioning. It is crucial because it reflects a choice of how an organization's capabilities will be leveraged and communicated to differentiate from competition. A brand without a clear position is doomed because there is little or no perceived difference between it and alternatives. Positioning is particularly important for new or upstart brands attempting to gain traction in the market. People have to be convinced that they should depart from the status quo and adopt a different behavior. In the case of MLS, this challenge means convincing sports fans that being a supporter of an MLS club or fan of the league offers unique benefits that cannot be realized with other sports brands.

The basis upon which a brand is positioned is very flexible- there is "one right way" to position a brand. Marketers are tasked to determine a point of difference that is to become the basis of a brand position. Two criteria that an effective positioning basis must meet are:

So, if you are a marketing manager for Major League Soccer, how would you propose positioning the brand to give it the best chance to compete with other major sports properties (professional and collegiate) in the United States? While MLS lacks a collection of high profile players that can be found playing in European leagues, many clubs have something that is rather unique to soccer: Highly committed fan groups in the form of supporter clubs. These fan groups are organized and operated independently of MLS teams but are among the most passionate brand advocates for them. Supporter clubs give fans an outlet for expressing their identification with a team and connect with other people who share a common interest. The involvement level of MLS team supporter clubs should be the envy of marketers across the sports industry. The challenge MLS faces is how to tap the passions of supporter club members as part of a broader strategy to build a fan base for MLS.

In a recent interview with MLS Commissioner Don Garber on the state of the league, he mentioned the importance of local club fans to build the MLS brand:
"It’s a matter of building your fan base and being more relevant in the local markets, having fans that really care about their clubs..."

Do you agree with "bottom up" strategy of MLS, making  growth in local markets a priority? Or, should MLS pursue a different strategy to differentiate its brand to compete in the American sports industry?