The Next Star for IndyCar is... 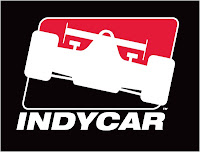 IndyCar is the number one open-wheel racing league in the United States. The league's history can be traced back to the formation of Championship Auto Racing Teams (CART) in 1978. Between the late 1970s and early 1990s, open-wheel racing overshadowed NASCAR in national appeal. However, a series of disastrous decisions by different factions in open-wheel racing, most notably splitting into two rival leagues, nearly destroyed the sport in the U.S. by the mid-2000s. The leagues reunited as IndyCar in 2008, but damage done in terms of splitting fans' allegiances and sponsors' investments is still being repaired today.

Star Power as a Relationship Builder
In Chapter 2 of Sports Marketing, five different connection points in which people develop relationships with a sports brand are identified:

For IndyCar to regain relevance among not just auto racing fans but American sports fans in general, many sports marketing experts point to developing star power as an essential task. Star power is created when an identifiable personality becomes strongly connected with a brand. Athletes, coaches, retired athletes, executives, and venues are potential sources of star power. One reason NASCAR passed open-wheel racing in popularity is the emergence of strong driver personalities including Dale Earnhardt, Jeff Gordon, and Dale Earnhardt, Jr. Could IndyCar develop its own stars to be the face of the sport?

Can IndyCar Find Star Power?
The answer to IndyCar's star power deficiency came in the form of Danica Patrick. She competed in IndyCar from 2005 to 2011. Patrick's physical attractiveness and marketing savvy made her a fan favorite and sponsor's dream. Unfortunately for IndyCar, she departed to drive in NASCAR, thus taking IndyCar back to the drawing board to determine how it could use star power to attract new fans. The cupboard is not bare in terms of potential star power. Driver Helio Castroneves gained notoriety for winning "Dancing with the Stars," and Marco Andretti is a "young gun" third-generation driver from one of the most famous families in American motorsports. Celebrities have been involved in team ownership including David Letterman and Patrick Dempsey. Can they attract new fans to IndyCar? Or, is there another Danica Patrick out there that could come into IndyCar and captivate audiences while gaining media attention? What should IndyCar do to use star power to its advantage?