Predicting the Next Era of Sports Marketing 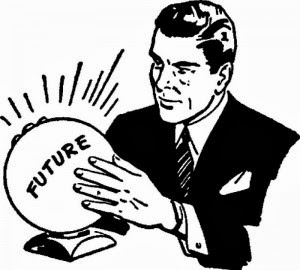 To better understand the practice of sports marketing today, it is useful to conduct a historical review of trends and events that have shaped the industry to understand how it has grown to where it is today as an industry and career field. Adapting a historical review from the book TheElusive Fan by Irving Rein, Philip Kotler, and Ben Shields, sports marketing since 1900 is discussed in terms of four distinct time periods: Monopoly Era, Television Era, Highlight Era, and Experience Era.

This time period marks the early years of the sports industry in the . This period was marked by a scarcity of team professional sports. Because major league team sports were in their infancy during this period, minor league and collegiate sports enjoyed a more prominent role in the markets where teams played. Boxing and horse racing enjoyed great popularity. It is during this period that the first team brands with national popularity emerged such as the New York Yankees and University of Notre Dame football. Radio and newspaper were the media for distributing sports content.

This time period was influenced heavily by the invention of television. TV made watching sports at home possible, and TV networks saw sports programming as a source of content to attract viewers and advertisers. In the earlier years of the Television Era, programming such as the Olympic Games, Friday night boxing matches, Major League Baseball Game of the Week, and ABC Wide World of Sports expanded the reach and fan base of sports that were televised. The exposure that professional sports enjoyed via television is one reason that major professional leagues in the successfully expanded into new markets during the 1960s, 1970s, and 1980s.

In the latter part of the Television Era, the growth of cable as a distribution format for TV programming created new growth in the sports industry. Most notably, the launch of the Entertainment and Sports Programming Network (ESPN) in 1979 and Cable News Network (CNN) in 1980 created the 24/7 news environment. Sporting events and news coverage gave sports fans more opportunities for indirect consumption of sports than ever before. Sponsorship emerged as a sports marketing practice during this period. The success of the 1984 Los Angeles Olympics is often cited as a tipping point in sponsorship practice. The LA Games bucked a trend of massive losses by turning a profit due in large part to sponsorship revenues.

The tremendous growth in sports consumption options continued during the Highlight Era. TV grew in the form of niche cable channels for sports (Speed, Outdoor Life Network, and Fox Sports regional networks are some examples). The advent of Internet as a mass medium in the 1990s created exponential growth in sports media, event broadcasts, and fantasy sports. The vast availability of information (sports and information in general) led to innovations that enabled consumption quickly. News tickers and rapid pace formats of sports news shows like Sportscenter and Pardon the Interruption delivered sports news in short bursts. The Internet gave businesses a new channel for creating revenue streams, too. Online stores, advertising sales, and subscriptions to premium content are three ways that sports properties benefited from fans’ unprecedented access to information, content, and shopping.

The latter part of the Highlight Era ushered in social media as another connection point sports brands had with their customers and fans. The popularity of Facebook in particular made possible reaching an audience with specific interests. More importantly, it gave people with an affinity for a league, team, or athlete a way to connect with other people who shared their affinity.

The dawn of social media at the end of the Highlight Era did more than create communities of people with shared interests: These people now had a voice that could be heard worldwide. The ease of sharing ideas and photos on social networking websites and the ability to create in longer form content such as blogs and podcasts transformed consumers from strictly being a recipient of communications to be a co-creator along with marketers. But, the power of social media is not limited to individuals. Sports brands have sought to leverage their popularity in the offline world through building a following on social media websites.

The Experience Era has additional significance beyond online experiences. The live sporting event has evolved to become a broader entertainment experience. The game or event itself is but one component of the total product. Stadiums with interactive games and exhibits, upscale dining options, and scoreboards with the latest technology are design features that seek to create exceptional experiences for guests. And, a desire to take part in unique experiences means fans value opportunities such as locker room tours, player autograph sessions, or any other contact that puts them inside an organization that they admire, even if for only a few minutes.