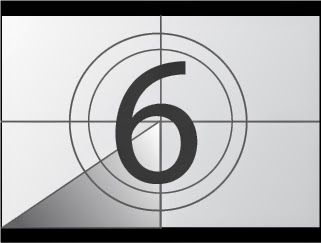 Note: The summer format for the SBU blog will be a weekly collection of 6 articles/links pertaining to developments in sports business. Enjoy for your own consumption or use as a starting point for discussion.

Baseball might be America's pastime, but Major League Baseball Advanced Media (MLBAM) is very much on the cutting edge as a digital media property. An article on Quartz.com profiles MLBAM and discusses how it can help MLB market to the next generation of fans:

"The future of Major League Baseball is not just about baseball" by John McDuling, Quartz

Many football teams call their fans the 12th man. Purdue University is taking a different approach to enticing students to identify with the team. Students buying a VIP card that gives access to all football and basketball games will be invited to submit a photo that will be incorporated into the "P" that adorns the side of the football team's helmets. Is this a catchy publicity tactic, or has Purdue found a way to give students buy-in to the team that others might replicate?

The Minnesota Vikings would like to broaden its product portfolio by attracting a Major League Soccer franchise to the Twin Cities. The pursuit is more than a hobby or passing fancy; the Vikings see MLS as a strategic fit with its operations, complementing the fall NFL schedule with MLS's spring/summer calendar. And, the Vikings are about to have a shiny new stadium and are exploring options for generating revenue from that asset.

4. Vancouver Back in the NBA?

Vancouver's first foray into the NBA between 1995 and 2001 was largely uneventful and unsuccessful. But, are the forecast demographic characteristics of Vancouver favorable for a return to the NBA in the future? Should the NBA expand, and if yes, is Vancouver a viable option?

"Could Vancouver support the return of an NBA franchise?" by Tyler Orton, Business Vancouver

The Jacksonville Jaguars has been the butt of jokes among NFL observers in recent years for the team's inability to sell out games. New ownership is bringing with it a commitment to be innovative in how fans can experience Jaguars games. Two new seating options under development include luxury poolside cabanas at $250 per ticket per game and a limited number of field seats priced at $350 per game. Creating high-end experiences might not seem like a priority for a team challenged to sell tickets, but the plans have won praise from fans and sports marketing experts.

6. Winning the World Cup of Sponsorship

The long anticipated FIFA World Cup2014 Brasil has begun, as has official sponsors' marketing campaigns to connect their brands with this massive global event. While 32 clubs will compete for the World Cup on the pitch, sponsors will battle to win on social media. A study by Omnicom Media Group in the days leading up to the first match found mentions of Hyundai, Sony, and Emirates Airlines having the highest proportion of positive mentions on social media. Coca-Cola, Visa, and Kia were the sponsors with the lowest proportion of positive mentions, with positive and negative mentions nearly even. Given that FIFA sponsors invest millions to acquire marketing rights and spend millions more on activation, a less than glowing response from soccer fans is troubling.

"Which World Cup Sponsors Are Resonating with Fans?" by Mark Miller, Adweek