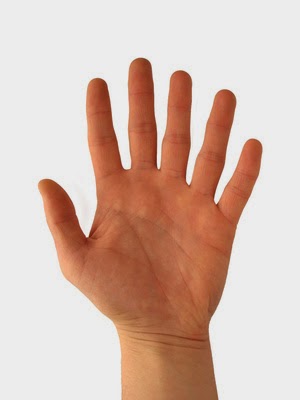 Here are a few of the sports business happenings reported in the last week:

Sports related brands continue to try to figure out how to get consumers to connect with their brands via mobile apps. Players such as Nike and The North Face are rolling out new apps that strive to deliver useful content.

Can Brands Ride the Next Wave of Fitness Apps and Wearables? by Lauren Johnson, Adweek

2. Adidas, Champs Sports Serve Their Own Take on Short Stories

Who said videos have to be long to be good? Adidas and Champs Sports hope they don't as the two brands have partnered to create four online shows that will be delivered via the Champs Sports's Instagram page. The campaign is an acknowledgement that consumers prefer watching short videos, and it is safe to classify 15 seconds as a short video.

The Olympics are a spectator sport spectacle, but often lost in the drama and excitement of a two-week Olympic Games is the reality that athletes train for years for the chance to compete for a few minutes. This commitment comes at a cost, not only of time but a financial cost, too. And, not every Olympic athlete has the luxury of rich endorsement deals to support them. Thus, some athletes have adopted the same channel that aspiring entrepreneurs use- crowdfunding.

CrossFit has emerged as a significant player in the fitness market. One of the key's to CrossFit's success has been a steady commitment to fulfilling the brand's promise, even forsaking financial gain at times in the process. An "excellence over money" mindset is one piece of evidence that CrossFit's top priority is a consistent brand. CrossFit founder Greg Glassman says the company could be a $100 million brand if it ventured into logical extensions like branded supplements or protein shakes. But don't look for those products anytime soon- they are incongruent with the brand's commitment to be a high quality training program.

Nike has done it again; it succeeded in creating associations with a major sporting event that it did not sponsor. A survey of Brazilian, US, and UK consumers included 30% who incorrectly identified Nike as an official World Cup sponsor. The level of unearned association was not too much less than the 36% of consumers who correctly identified rival Adidas as a sponsor. Given Nike's ambush marketing accomplishments, should it ever buy official sponsor rights to any property ever again?

Football season represents a major selling opportunity for apparel marketers like Under Armour, so what is up with its plans for a marketing campaign aimed at women during the same time period? The answer is simple- sales of women's products are hot for Under Armour. The women's market represents huge opportunity to meet the needs of customers ranging from "female athletes" to "athletic females."

Why Under Armour is Targeting Women during Football Season, by Sarah Meehan, Baltimore Business Journal