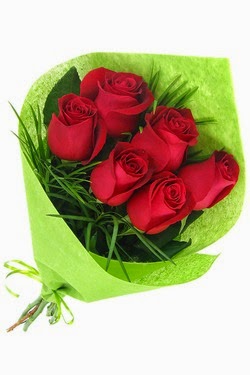 Week 3 of college football, week 2 of the NFL, two weeks to go in the MLB season, and NHL camps are about to open... and that is just a partial rundown of what is going on! It's my favorite time of year to be a sports fan. Here are six stories of interest:

The U.S. men's soccer team might have fallen short in its quest for success in the FIFA World Cup, but star players Clint Dempsey and Jozy Altidore continue to score as product endorsers. What are the endearing attributes of Dempsey and Altidore that make them such appealing brand ambassadors?

A hot segment of the fantasy sports industry is daily games. They appeal to players who may not be interested in making a season-long commitment to manage a fantasy team. And, another attraction of daily games is that many of them involve cash prizes. The long term promise of the daily games segment is uncertain as questions about the legality of some pay games exist, specifically whether they are a form of betting. If daily games survive legal challenges, their impact on the business of fantasy sports could be huge.

The IndyCar Series and Indianapolis Motor Speedway (IMS) have languished for many years, overshadowed by NASCAR in the U.S. and Formula 1 globally. However, better times may be ahead for Hulman & Co., owners of the two brands. But, what obstacles or other barriers to growth loom around the corner they have turned?

'We... turned the corner.' IndyCar, IMS on track for finishing in black by Tripp Mickle, Sports Business Journal.

College football is wildly popular in the U.S., trailing only the NFL in fan interest. But, a noticeable trend occurring in recent years on many college campuses is declining student attendance at football games. Why worry given that many students pay reduced prices for tickets or even get in for free? The concern is that an apathetic student body today becomes an apathetic alumni in the future. Marketers must step up their game and make football games a compelling entertainment experience for their customers... including students.

The ongoing controversy about the appropriateness of the nickname "Redskins" for the Washington NFL franchise gained another detractor. The e-commerce site Etsy announced it would no longer let sellers offer products featuring Redskins name or logo on the site. Etsy said the decision was guided by its corporate values and weighed freedom speech against freedom from discrimination. Will other retailers follow suit?

6. Does the NFL Need to Mend Fences with Female Fans?

An estimated 46 percent of the NFL fan base is female. In the fallout from the NFL's handling of Ray Rice's discipline in his domestic violence case, some public relations experts believe the NFL has work to do to rebuild credibility among fans, particularly females. The league's approach to marketing to women occasionally raises eyebrows, such as the observation that one of the main marketing tactics for targeting women is offering a wide variety of pink merchandise. The Ray Rice and other domestic violence cases are far more serious. How the NFL responds will send a message about its views on protecting women and children, but will the message be satisfactory?

After Ray Rice, the NFL Needs to Go Big to Restore Brand with Women, Adweek
Posted by Don Roy at 1:50 PM