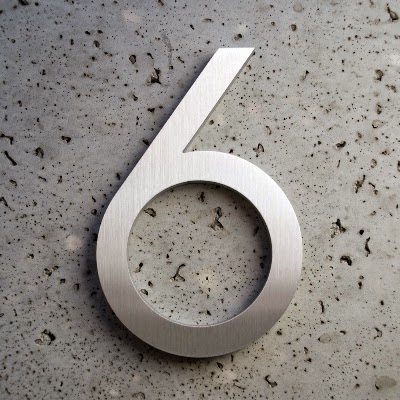 Somehow, fall  has ended about five weeks early and winter weather has been ushered in to many parts of the US this week. Here are six stories about what is going on in sports business to get your mind off the cold temperatures.

A branding decision rather unique to college athletics is whether to differentiate the women's athletic teams from their male counterparts by incorporating gender reference (e.g., the Middle Tennessee Lady Raiders basketball team). Some people object to this tactic on equality grounds- why call the women's team "lady" when a similar gender reference is not included in branding men's teams. The University of Tennessee revisited this issue last week when it announced a rebranding of its women's Lady Vols teams by dropping the term "Lady" from all sports with one exception: Women's basketball. The Lady Vols brand name is synonymous with success and national championships in the Pat Summitt era. The argument for rebranding the other teams was to project a consistent identity for all UT athletic teams. Was the decision to make women's basketball an exception the right call?

Should Tennessee Have Removed 'Lady' from Its Nickname for all Women's Sports Except Basketball? ESPN W

A shift in the fantasy sports industry is occurring as daily and other short-term games are complementing traditional season-long games in the offerings of fantasy games. Fans do not have to make a significant time commitment to play these games, and sites like DraftKings and FanDuel entice players with chances to win prizes or cash. The growth of short-term games is not lost on leagues. The NBA has partnered with FanDuel to promote daily games as a means of attracting and engaging fans. Is this partnership a sign of things to come? Have shortened attention spans and the desire for immediate gratification set the stage for sustained growth in short-term games? If yes, who is poised to take advantage- leagues, fantasy game providers, or will there be some other disruption to the fantasy category?

Gambling has been taboo in American team sports. History tells us that corruption occurring inside the sport industry, whether it is the Black Sox scandal in MLB or college athletes engaged in point shaving, suggests that the integrity of athletic competition can be compromised by participants with financial incentives to misbehave. This long held notion about the impropriety of gambling on sports makes NBA Adam Silver's op-ed piece in The New York Times all the more surprising. Is Silver right when he says the time has come to legalize and regulate betting on sports in the United States? His counterparts do not seem to share his views. Is legalized gambling on sports an inevitable development, or is this little more than an industry leader floating a trial balloon?

4. Serving Up a Vision for the Future of ATP

Professional tennis seeks vision for the future, and to that end the Association of Tennis Professionals (ATP) is forming two advisory boards to mold strategic direction. One group will be a Business Advisory Board made up of experts from the branding and media worlds. The second group will be a Legends Advisory Board that includes Boris Becker and John McEnroe. I don't know about you, but I feel there is one other group that should have a seat at the table, say fans? Surely, the input of fans will occur somewhere along the way as the ATP sets a 10-year plan.

It is clear that Beats by Dre is the headphone product of choice for NFL players. Unfortunately, it is a competitor of an official NFL partner, Bose. In an effort to protect the value of Bose's sponsorship, the NFL told players do not be seen wearing Beats on camera or face fines. Players have been fined, but that is not stopping them from using their preferred brand. Beats by Dre has gotten significantly more mileage from being associated with the NFL than Bose even though it has not paid the league a penny for sponsorship. The heavy-handed tactic of the NFL fining players has not worked. How could Bose make its brand more relevant to players?

6. IOC Changes too Little, too Late for Host Cities and Fans?

The exorbitant cost of hosting Olympic Games has reached a tipping point. Four out of six cities that had planned to bid to host the 2022 Winter Olympics have backed out, citing the high cost to host. This development is a threat to the Olympic movement. If countries lose interest in hosting games, the International Olympic Committee will be challenged to sustain sponsor and public interest in the Olympics. The pushback on Olympic costs is not limited to host cities; attendees and sponsors are also questioning the rising costs to partake of the Olympic experience. The IOC is considering lessening the financial burden host cities must incur, and it is looking to shorten the length of time required to approve new events be added. Are these changes enough to rekindle interest in the Olympics?

The Bakersfield Condors of the East Coast Hockey League had a Seinfeld -themed promotion last Saturday when they played the Idaho Steelheads. Players wore jerseys with the Seinfeld logo and graphics that gave the jerseys the look of a "puffy shirt." Players had Seinfeld character names in place of their own last names including The Wiz, Keith Hernandez, and Kramer. The jerseys were auctioned off following the game, with money raised going to charity... hopefully not The Human Fund.