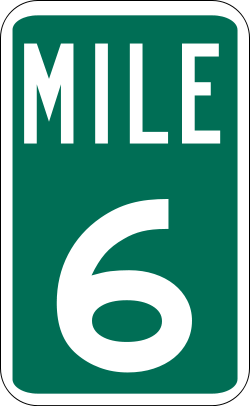 The NFL Pro Bowl and NHL All-Star Game have passed, and there is one more football game to go. What else is going on in sports marketing?

1. Drones the New Fly-Over Craft of Choice for Sporting Events?

The emergence of drones has drawn attention and ire for their potential to do good and harm. ESPN is experimenting with a way for drones to be used for good in its coverage of the Winter X Games. Despite height and time of day limitations, drones are carrying cameras to capture unique views of the event. Are drones the next stage in the evolution of live sporting event broadcasts, or are they a novelty that will be unable to gain widespread use?

Alexander George, How ESPN is Shooting the X Games with Drones, Popular Mechanics

Each year, advertisers line up to pay dearly for a chance at 30 seconds of exposure during the Super Bowl. High reach and the "water cooler effect" of Super Bowl ad chatter offset the high price just for air time. The payoff of Super Bowl advertising as a marketing investment is not being realized by most brands according to research from Brand Keys. The most elusive outcome? Emotional brand engagement- it is simply not happening for many advertisers. So, why does the price for Super Bowl ad inventory continue to inch upward each year when the benefit to the advertised brand is in question?

Karl Greenberg, Most Brands Aren't Getting What They Are Paying for in Super Bowl, MediaPost Marketing Daily

So if spending $4 million on Super Bowl commercials is not working out, it is time to ditch the practice, right? Not so fast. A solution to the challenge of engaging the audience may be Facebook. Advertisers have the ability to target Super Bowl-specific segments (team fans, parties, recipe seekers) and tailor messaging to appeal to that segment's interest in the big game. This new wrinkle in multichannel marketing illustrates the idea that spending $4 million on a TV commercial is a bad idea... unless an advertiser is prepared to support the investment with synergistic marketing that engages people before, during, and after the Super Bowl.

Under Armour is overshadowed by Nike. In the U.S., Nike's 60% footwear market share trivializes Under Armour's 2.5% share. In a slow growth category, Under Armour has to rely on gains coming at the expense of its more established competitors. The company appears poised to attempt just that feat and is putting an emphasis on international markets to spark growth.

Trefis Team, Under Armour's Management Changes Show That it is Focused on Growth, Forbes

5. Help not Wanted at Sports Illustrated

It is ironic that a publication with the word "Illustrated" in its title and best known for spectacular photos of women in swimsuits would lay off its entire photography staff. But, that is exactly what Sports Illustrated did recently. Sure, we live in a world of freelance professionals that are capable of delivering great photography to SI. This move is concerning on two fronts. One, employees with a sense of brand commitment were released in favor of using hired guns. Second, are there other functions in sports media organizations (or sports industry firms in general) that could follow SI's lead, thus changing the landscape of career opportunities for young professionals?

6. NHL's Answer to Building Global Brand is not Olympics

The National Hockey League and its Players Association announced a global tournament to be held in Canada in September 2016 in advance of the NHL season. The format includes eight teams (Canada, USA, Russia, Sweden, Finland, Czech Republic, North American "Youngstars" and Team Europe). It is not the first time a global tournament featuring top professional players has been held, but it may mark the return for good of such an event. The motivation for the World Cup of Hockey is simple: Money. NHL Chief Operating Officer John Collins said "we have grown to a $4 billion business; the next question is where does the next billion come from?" The World Cup of Hockey can fulfill a portion of that quest through broadcast rights, sponsorships, and ticket sales.

Photo of the Week

If you have ever longed to match two dream locations, a beach-front view and a 50-yard line seat, now you can do it at the University of Central Florida's Bright House Networks Stadium. The East Side Club will feature a sundeck and lounge. Sure is nice to consider the possibilities on a dreary winter day.