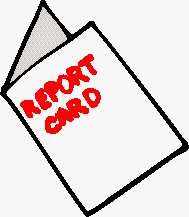 Having a social media presence is a given for virtually any brand today assuming its target audience uses social media. This statement is particularly relevant for sports brands as fans take to social media to follow their favorite teams and athletes as well as join in community with fellow fans. College athletic conferences are brands in their own right. Each conference is an umbrella brand over the brands of its member institutions.

Social media metrics such as Facebook likes and Twitter followers are captured by initiatives such as Sports Fan Graph, but audience quantity in terms of likes or followers is perceived by many social media marketers as vanity metrics. They measure quantity of clicks but not quality of brand-audience engagement. Some of the audience acquired may be attributed to relationship building that occurred offline. Given these limitations, what are alternatives to evaluating social media marketing effectiveness for sports brands?

A Look at the Honor Roll

The top five conferences can be considered as making the Honor Roll as each had a 3.0 GPA or higher when the judges's scores were averaged. What practices made these five conferences stand out? Hear what the student judges had to say:

Conference USA
"It seemed that in some way each (social media) site was linked to each other. I believe this helps attract fans to their other pages and helps the conference gain more followers. They keep their audience and fans engaged with different content."

"They do a great job with keeping their followers informed of current news and updates."

Southeastern Conference
"Overall, the SEC is very good at keeping their fans informed. They post multiple times a day across many platforms and have a variety of different topics and media."

"The overall  presence of the SEC on social media seems to be working fairly well. It may work in the conference's favor to interact with fans more and comment and just have more overall interaction with fans considering the fan base is so large."

"Direct communication via Twitter is a strength, communicating with fans that had technical difficulties watching the games. This makes the conference more personable and is a good way to sustain and grow their number of followers."

Pacific-12 Conference
"This conference is very good about trying to involve fans, at least on Facebook. They post a variety of different media and ask the fans questions, which leads to the amount of comments they receive. They are also good at tagging the Pace-12 schools in some of their posts on Twitter. This gets the schools involved and puts the name in front of followers."

Overall, the exercise was valuable in that it allowed students to apply social media marketing concepts and practices they learned to two collegiate sports brands. The results are not based on rigorous data analysis. However, they could be used by college athletic conferences to rethink how they utilize social media. It seems to be a given that these brands need to have a social media presence. Conference brands have what could be viewed as a built-in fan base from the fans of their member schools. The question that must be asked is whether there is a strategy in place that sets outcomes a conference should realize through its use of social media channels.