What's going on in sports business? Quite a lot of activity, as usual, but here are six stories that stood out over the past week:

1. DraftKings Had a Royal Week

To say the past week has been a good one for DraftKings would be an understatement. The daily fantasy sports game provider scored two major wins. First, the company announced it had become the official daily fantasy game of Major League Baseball. DraftKings will develop co-branded MLB games as well as work with individual MLB clubs to create experiential products. Then, DraftKings announced a $250 million investment by Disney. As part of the deal, DraftKings will spend $500 million across Disney's ESPN platform. The Disney investment raised DraftKings' market value to $900 million.

Has DraftKings positioned itself as the company to beat in the daily games sector of the fantasy sports category? Big bets are being made on the daily-game format. Is it poised to overtake the traditional season-long formats, or is the growth in daily games more of an expansion of the fantasy games category overall?

2. Stadiums Need to Connect with Millennials

Sports stadiums are challenged to meet the connectivity demands of their patrons. We are accustomed to Internet and social media access anytime, but that expectation is often unfulfilled when attending a sporting event.

Meeting the technology needs of sports fans goes beyond appeasing them. Three business-driven reasons are behind the push to increase bandwidth in sport venues:
- Necessary in order to appeal to younger customers
- Make the live event more compelling to attend versus watching at home
- Generate revenue streams from mobile commerce

Enhancing the technology infrastructure has moved from "nice to have" to "must have" to manage fan satisfaction and repatronage intentions.

Stadiums Race to Digitize: How Sports Teams are Scrambling to Keep Millennials Coming to Games, by Teena Hammond, TechRepublic.

The process of buying sporting event tickets online may be an improvement over having to stand in line at a stadium ticket office, but it is still cumbersome as buyers often spend a great deal of time online looking for tickets. A company called ReplyBuy is out to make ticket buying more convenient than ever before. ReplyBuy's text messaging format alerts users when tickets are available. Users enter account and payment method one time upon registering. ReplyBuy notifies users of ticket availability via text message. A reply to the message by entering a short code with number of tickets desired confirms the buyer's order. Tickets are delivered electronically.

Approximately two dozen professional and collegiate properties are ReplyBuy clients currently. ReplyBuy not only offers fans unprecedented convenience, but teams are routing buyers to the primary ticket market and away from ticket resale websites. The ticket buying experience will continue to evolve, and it appears likely that text messaging will take on a more prominent role in ticket sales programs.

The NFL may be America's most popular sport, but among many marketers the NBA may the most admired sport. Why? The NBA has succeeded in doing what virtually all sport properties (and many brands outside of sports) strive to achieve: Interest among younger consumers. The median age of NBA fans has remained constant over the past decade at around 37 years-old while the median age has risen for the NFL and MLB. A secret to the NBA's success is the level of integration the league and its players have with the lifestyle and cultural interests of younger people.

What can other sport properties learn from the NBA to make their brands more appealing to younger consumers? Is there a downside to a focus on attracting a younger fan base? For example, could such an emphasis alienate older fans who may feel they are not the target market?

What Basketball is Doing Right, by Roberto A. Ferdman, The Washington Post

5. Let Your Brand Show a Humorous Side

MLB's Opening Day was Monday, giving marketers a chance to do some marketing in the moment. One brand that took advantage was Hostess, the snack cake maker famous for Twinkies and Ding Dongs. Hostess posted a series of tweets using the hashtag #OpeningDay and a photo featuring baseball themed cupcakes with an obvious mixing of sports in the caption. 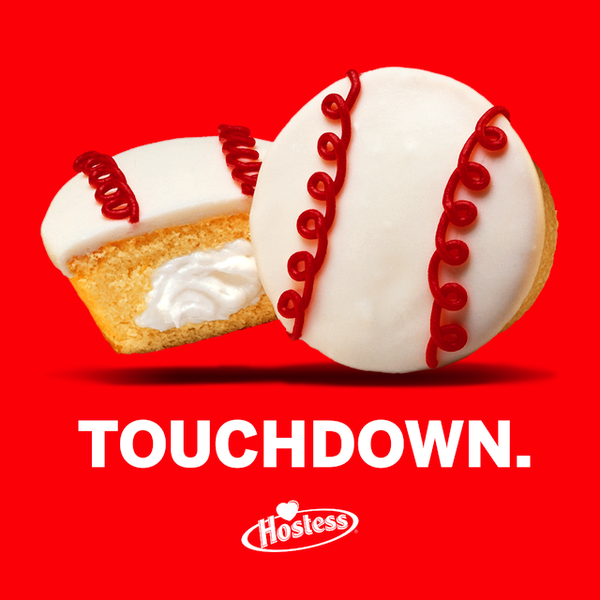 Twitter users were quick to point out that Hostess had gotten its sports terminology mixed up... which was exactly the plan. The tweets about the "erroneous" Hostess tweet generated 763 retweets and 463 favorites in 4 1/2 hours. Both numbers represented dramatic gains over typical engagement numbers for the brand. Hostess let its guard down and showed humor in the tweet. What is surprising is that so many people thought whoever was running the Hostess Twitter account was clueless. Quite the contrary, I would say.

6. Leave Your Periscope at Home if Going to an MLB Game

Periscope, Twitter's live-streaming app, is taking social media by storm. The ability to live-stream events via social networking site opens up many possibilities. It also could create a dilemma that sport properties receiving billions of dollars for broadcast rights will inevitably have to face. MLB is already taking a stand, saying that teams will be monitoring streaming activity in stadiums so that they can identify fans using excessive bandwidth (probably streaming a game) and block their activity. At the same time, MLB clubs are trying to figure out how to walk a fine line and use Periscope and Meerkat, another live-streaming app, to their advantage without angering broadcast rights holders.

Down Periscope: MLB Set to Crack Down on Live-Streaming from the Bleachers, New York Business Journal