NFL an MVP for TV Networks 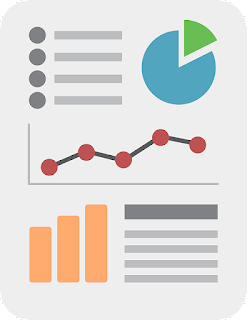 Sports business practitioners have closely watched TV ratings for the National Football League this season. Is the teflon brand of the sports industry vulnerable? Is fan interest waning? Would fan backlash to player national anthem protests and other negative PR show up in fewer TV viewers? Are there just too many entertainment options that pull away people from consuming NFL games? TV ratings for the 2016 NFL regular season reveal two things: 1) fewer people are watching NFL games and 2) the NFL is still a very valuable property for TV networks.


ESPN sports business reporter Darren Rovell recently reported NFL TV ratings for the 2016 regular season were down eight percent from 2015. The comparison excluded Thursday night games as Twitter live streaming debuted this season as another option to watch and gave fans a non-TV option to consume. Ratings were down for all NFL TV programs and all networks. ESPN Monday Night Football took the biggest ratings hit, down 12% from 2015. NBC Sunday Night Football also suffered a double-digit ratings decline with a 10% decrease in ratings. Ratings for CBS and Fox Sunday games were down seven percent and six percent, respectively.

The presidential election season is cited as one reason for the dip in NFL TV audiences. In fact, ratings were down more in the first half of the NFL season, which coincided with the run up to the election. However, the bottom line is NFL TV viewership was down this season. Should NFL executives and the TV networks be worried? In short, no.


If the television industry handed out MVP awards, the NFL would need to bring a U-Haul trailer to the awards ceremony to pack all of its hardware. Despite a decline in audience viewership, it is undeniable that the NFL remains popular TV viewing. The average audience for an NFL game was 16.5 million in 2016. The NFL audience size makes it one of the strongest TV properties around. A recent Ad Age article reporting the top 50 TV program audiences for 2016 revealed that 11 of the top 20 programs were NFL games. All but one of the games were in the postseason, but the point is the NFL remains highly relevant as a TV product. The NFL is an MVP (Most Valuable Program) to its broadcast partners.

It's Not Just the NFL


Ratings concerns are not limited to the NFL. Network TV has dealt with dwindling audiences for years. First, cable networks fragmented audiences. Then, the internet and social media gave us more options for how we entertain ourselves. How have TV audiences changed over time? Take a look at TV ratings for top network shows at different points in time:

Given that a single ratings point equals about 1.2 million viewers, NFL programs draw large audiences and in turn, the interest of advertisers. The TV audience is forever fragmented; we will never see a TV program with a 67.3 rating like that of I Love Lucy in 1954 (it helped to have three TV viewing options- no issue with media fragmentation in those days). Programs like NFL games offer the closest thing to the "good old days" of large audiences drawn to a single program.


The consistent performance of the NFL as a TV property shows little signs of letting up despite a ratings dip in 2016. There is one huge caveat, though. The NFL must maintain interest in its product on the field and manage its image off the field. Arrogance or indifference to concerns about safety and player conduct could derail the NFL train. Otherwise, the NFL will continue to be an MVP for TV networks.

Check out TV ratings for NFL regular season games in 2016 at Sports Media Watch.
Posted by Don Roy at 8:10 AM