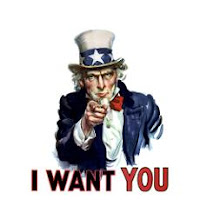 What do you do when your expenses rise or income falls? We tend to do some budget belt-tightening to adapt. Congress has wrestled with this issue quite a bit in recent months to stabilize the federal budget. Even key government departments are not immune to budget reductions. For example, the U.S. Army has seen its annual marketing budget reduced by more than half since 2008, from $423 million to $190 million. But, lawmakers have not stopped there in scrutinizing how military branches spend to market themselves to potential recruits. Some in Congress are calling for reduction or elimination of sports sponsorship spending given the difficult budget situation. However, a vote last week on an amendment to the 2014 Defense Department budget calling for a ban on sport sponsorship was defeated. It is the second year in a row that the issue was put to a vote, and although it was defeated both times it is likely that scrutiny of the military's sports marketing investments will continue.

Add to these partnerships another $5 million invested in a sponsorship with World Wrestling Entertainment, and the Guard has put more than $50 million toward reaching prospective recruits through sports. It is not surprising that some members of Congress would rail against military sponsorship of sports properties given this eye-popping figure.

A Question of Fit
If the political posturing is removed from the picture, the core question of whether military branches should use sponsorship as a marketing vehicle is the same one that any business must ask: Does a good fit, or match exist between our brand and the brand with which we will associate? Of utmost interest is whether there is a good fit between the target market of the sponsor and audience or fan base of the sports property. For the National Guard, the answer is a resounding "yes." The primary audience it targets, young adults ages 17-24, can be reached effectively through NASCAR, IndyCar, and AMA. A study conducted by Alan Newman Research gives evidence to the Army National Guard that sponsorship resonates with recruits:

The budget figure might raise some eyebrows, but if sports is an ideal vehicle for attracting young people to the Army National Guard, it should be part of the Guard's marketing strategy. The emphasis on sponsorship is consistent with a trend observed across all military branches in recent years. Marketing spending has shifted away from traditional mass media and into social media, sponsorship, and gaming as marketers follow their target markets to where they consume information and entertainment.

For those of you teaching sports marketing, this issue can make for interesting classroom discussion. Should military branches have constraints imposed on their marketing budgets because they are public entities? Or, should marketers have the leeway to do what they believe will be most effective for achieving objectives?