Do Sponsorship and Politics Mix? 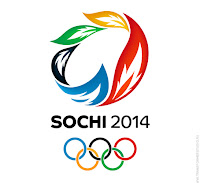 Companies partner with sports properties through sponsorship for a “transfer effect” in which associations held for the property influence associations people have with a sponsor. In general, image transfer can be effective for shaping a sponsor’s brand image. For example, Mountain Dew is often held up as an example of how sponsorship can benefit image. Its long-running association with action sports established Mountain Dew as a brand that is “young,” “cool” and “edgy.” Image transfer is a response to sponsorship that is often sought by sponsors as brand image-related objectives tend to be a frequently cited objective by sponsors.

The Good and Bad of Image Transfer
Unfortunately for sponsors, image transfer has no filter that only allows the “good stuff” to flow to the audience’s minds. All associations with a sports property, good and bad, are fair game to make their way into how people perceive a brand’s partnership with a sports property. We are reminded of this characteristic of sponsorship occasionally when an athlete’s endorsers feel the sting of a player’s misdeeds such as Ryan Braun’s PED suspension and subsequent termination of endorsements by Nike, Wilson Sporting Goods, and Muscle Milk. The latest situation in which negative associations with a sports property are transferring to sponsors associated with it is the Sochi Winter Olympics. Russia's recently passed law banning gay "propaganda" has led to advocacy groups calling on Olympic sponsors to make a statement against the law by rescinding their sponsorship of the Sochi Games. Sponsors find themselves entangled in an emotionally charged political issue, not exactly what they had in mind when signing on as sponsors. One Olympics partner, Coca-Cola, was singled out in a protest in New York's Times Square yesterday. LGBT activists poured Coke down sewer drains to denounce what they consider Coca-Cola's "sponsorship of hate" by virtue of its association with the Sochi Games.

Can Sponsors Make a Difference?
Sponsors associate with sports properties for potential marketing benefits. Should they be expected to tackle political and social issues, too? Some observers say that Coca-Cola and other corporations heavily vested in the business of Olympics including McDonald's, Procter & Gamble, and NBC Universal knew of the possibility that an anti-gay law would be passed yet did not exert any influence on Russian leaders to rethink the situation. A historical precedent exists- the 1988 Seoul Olympics were instrumental in creating change in South Korea's government from a military dictatorship to a democratic government. Behind-the-scenes pressure from the IOC was said to play a role in the change. It appears no such pressure was put on Russian officials. The situation facing Coca-Cola and other Olympic sponsors illustrates the need for a company to evaluate the political climate in the country of a potential sponsorship just as it would any global business opportunity. The political environment is beyond the control of a firm in the U.S., let alone being able to exert influence in foreign lands.

Associating with sporting events in countries in which some instability exists means that sponsors should be prepared to face questions about their involvement. Instead of merely enjoying image transfer benefits, sponsors may be forced to weigh in on political and social issues. Ignoring them or pretending they do not exist comes at the risk of harming brand image, ironically the opposite of why a firm undertakes a sponsorship in the first place.
Posted by Don Roy at 8:54 AM