An Elite Classification for College Football- Good or Bad? 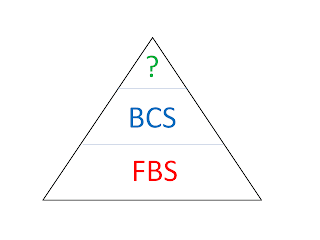 Conference realignment has shaken the foundation and traditions in college athletics in the past three years. The effects of realignment are most noticeable in football as all eleven conferences whose members compete in the football bowl subdivision (FBS) either gained or lost members. As conferences have expanded to enhance their competitive position or simply to remain viable, the direction of future realignment is predicted by many to be a further stratification of institutions. Currently, six conferences (ACC, Big East, Big 10, Big 12, Pac 12, and SEC) plus Notre Dame comprise the 69 institutions that make up the Bowl Championship Series (BCS). Non-BCS conferences are jockeying to position themselves as worthy counterparts, but at the same time BCS conferences appear to be positioning to distance themselves from the rest of the pack.

Some expert observers of college athletics predict four "super conferences" of 16 teams each will be formed as a new football classification within the NCAA... or perhaps not under the NCAA. If college football purists were dismayed by the effects of conference realignment on traditional rivalries, they would be crushed by further segmentation that results in formation of an elite classification. It is difficult to factor out emotions when considering if consolidation and stratification makes sense for BCS institutions- college football as we know could be altered as geographic rivalries give way to match-ups with seemingly little of the pageantry of college football. Personally, I am still getting used to West Virginia doing battle with the likes of Texas Tech and Kansas in the Big 12... but I will adapt!

What would be the pros and cons of forming an elite classification?

This post was inspired by "Is Next College Sports Realignment a Split from NCAA" (USA Today, April 22, 2013).