Which Social Networking Sites to Use? Let Your Fans be Your Guide 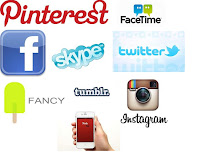 Social networking sites have changed the way people connect and communicate with one another. Fast, convenient interactions with people anywhere who share common interests are made possible by ubiquitous networks that have become familiar brands. Naturally, marketers could not resist the urge to join in the fun. After all, the very customers and prospects they desire to reach are members of these communities.

Sports and Social Media
As consumers we are left wondering if there any place that is safe from being bombarded with marketing messages. One exception to that feeling is the willingness of sports fans to connect with and around their favorite leagues, teams, and athletes. Social networking sites provide an outlet for people to express their affinity, participate in a community of fellow fans, and gather information. Instead of being an intrusion on our enjoyment of social media, the presence of sports brands and personalities on social networking sites is embraced by fans. Instagram photos give us a glimpse of morning practice; tweets from a player show personality traits that cannot be observed on the field of play, and Facebook posts let fans ask questions, make complaints, and talk trash about opponents. The question is not whether sports brands need to have a presence on social media; the question is which social networking sites represent the optimal mix of channels to engage target audiences. You do not have to be ever

Where the People Are
One answer to the question of where to connect with various audience segments on social networking sites is a study done by the Pew Internet & American Life Project. In the report The Demographics of Social Media Users - 2012, a breakdown of social networking site usage by demographic groups can give guidance on which channels offer the best opportunities to reach certain target audiences. Among the study's findings on the appeal of different social networking sites were:

Check out the complete report for a more detailed breakdown of demographic characteristics for each social networking site. It will eliminate the temptation to lump all social media users into the same demographic subgroups.

Sports and social media are an ideal match. People are emotionally connected to sports, and social media is a conduit to connect people with one another and things that matter to them (like brands and teams). The possibilities are extensive, but effective social media marketing requires the same commitment to targeting that is needed for any marketing endeavor to succeed.