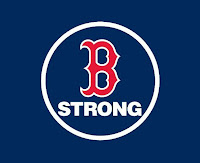 As an educator teaching sports marketing, I occasionally get somewhat skeptical reactions from people about the usefulness of such a course in higher education. The perception could be that class meetings consist of debating which players will be drafted in the first round of the NFL draft, sharing tips on how to draft for your fantasy baseball team, and watching March Madness games. Of course, we do not do any of those things in class... directly. But, these sports consumption activities are a part of our study of sports marketing because they reflect an inescapable characteristic of sports: they are woven into the fabric of culture. Notice I did not qualify the statement by saying American culture- sports are a universal cultural component.

We are reminded of the significance of sports in our culture as we have watched events unfold following the senseless bombing at the Boston Marathon on Monday. While this act of terrorism occurred at a sporting event, the sports community responds whenever profound loss or tragedy strikes. For example, victims of the Newton, Connecticut shootings have been honored and remembered at sporting events throughout the country including the Super Bowl, at Major League Baseball home openers, and ironically, at the Boston Marathon. This weekend, Rutgers will conclude its spring football game with a flag football game played by 22 children affected by Hurricane Sandy. And, player names on jerseys will be replaced by the names of 90 towns affected by Sandy.

Not only are sports woven into the fabric of our culture, they serve as "glue" to hold us together during periods of adversity. Yes, sports have become big business, but they still serve a purpose for people that has  been relevant long before the era of lucrative TV deals and gaudy player salaries: sports offer an escape from daily life. The scenes at ballparks and arenas around the country this week have been a reminder that life will go on. At the same time, the suffering and loss of people affected by the Boston Marathon bombing were remembered. One of the most poignant observances occurred at Yankee Stadium on Tuesday night. Fans who normally view the Boston Red Sox as a hated rival remembered their fellow fans by joining in singing "Sweet Caroline," a Fenway Park tradition.

A reality of the world we live in is that tragedies like Newtown and Boston will happen again. The location will be different, circumstances will be different, but the resulting damage, loss, and pain will be too familiar. When it happens, we will apply our cultural glue to preserve life as we know it to provide some level of comfort.