Beyond Sponsorship: Forging Partnerships that Advance a Business 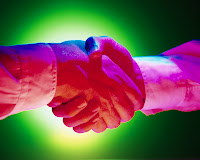 Sponsorship is a cash and/or in-kind fee paid to a property (typically sports, entertainment, non-profit event or organization) in return for access to the exploitable commercial potential associated with that property.
- International Events Group

The IEG definition of sponsorship has been around since 1982 but is as relevant as ever. Three words pop out of the definition and hold more significance for sponsors today than when first developed 30 years ago: "Exploitable commercial potential." This term distinguishes sponsorship from philanthropy and serves as motivation to marketers looking for brand building opportunities by linking their brand with an entity in order to gain access to its audience. Sponsorship's definition is timeless; what has evolved is how sponsors set out to exploit the commercial potential of their partnerships.

Traditional Sponsorship: Low Level Impact
In the first two decades following IEG's defining sponsorship as a platform for exploiting the commercial potential of a sport league, team, event, or athlete, a focal point of sponsorship activity was impacting lower levels of consumer information processing. Numerous scholarly studies during the 1990s and early 2000s surveyed sponsors to determine their objectives for using sponsorship. The findings were nearly universal as two objectives rose above the rest: Create brand awareness and build a desired brand image. Certain contributing factors can be cited for the interest in awareness and image as sponsorship objectives. One factor is that as media clutter increased across traditional channels, sponsorship offered a refreshing alternative to get brand exposure via a message that differed from typical "buy now" calls to action. Another factor is that sponsors realized brand image could be influenced by associating their brands with sports properties whose image was desirable. The often cited example is Mtn Dew's strategy to sponsor action sports events and athletes. Associations that are held for action sports like "edgy" and "exciting" effectively transferred to become associations held for Mtn Dew.

The Future of Sponsorship: Build Businesses and Brands
As we move into the fourth decade of using sponsorship to access the exploitable commercial potential of sport properties, a noticeable shift has occurred in what sponsors are seeking to gain from their partnerships. Sure, awareness and image are as valuable as always as influencing consumers to know a brand and hold certain associations for it are instrumental in moving them through the hierarchy of effects (thinking-feeling-doing). Today, sponsors are very interested in how their partnerships can be integrated into their business. It is not enough to receive assets like signage and brand mentions; sponsors want to showcase their products to their target market and be a resource for their partners to help deliver great customer experiences. Here are three examples:

What is the common thread for these partnerships? They go beyond awareness and image to strategically integrate the sponsor's business into its association with the property. The Microsoft and Sony partnerships create rather evident opportunities to feature their products via their sponsee partners. The Kansas National Guard partnership with Kansas Speedway is an example of how sponsor and property can collaborate to create meaningful activation that enhances the value of the sponsorship.