How to Lose Friends & Alienate People: The Tale of the Miami Marlins 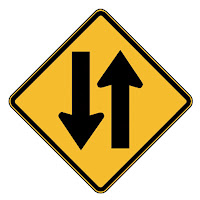 Partnering with a sports brand (league, team, event, or athlete) via sponsorship is an attractive marketing vehicle. One of the primary benefits of engaging in sponsorship is a theorized image transfer that occurs between sponsored property (sponsee) and sponsoring brand (sponsor), Associations or thoughts people have about the sports brand become part of their mental associations with brands that are sponsors. These secondary brand associations, thoughts about a brand anchored to another object, can be influential in shaping a brand's image. Mtn Dew  is held up as the ultimate in creating secondary brand associations through its long time connection with action sports. Associations people hold for action sports events and athletes have transferred to their thoughts about Mtn Dew, helping create a distinctive brand position.

It is important to note that transfer of associations from a brand to something else linked to it is all-inclusive; both favorable and unfavorable associations potentially transfer. Thus, the decision to enter into a marketing relationship with another firm entails accepting risk that brand associations flow between partners- good, bad, and otherwise. In the context of sports sponsorship, one brand that offers a stark reminder of the perils of image transfer is the Miami Marlins. The MLB franchise struggled to build a fan base in south Florida for the better part of 20 years despite winning two World Series (1997 and 2003). The missing link supposedly was a baseball-only stadium. The franchise lobbied for years until it got its new $500 million dollar ballpark for the 2012 season on the site of the old Orange Bowl stadium. A new stadium, a rebrand from Florida Marlins to Miami Marlin, a new manager, and a splash in the free agent market set the stage for a new chapter in pro baseball in South Florida.

Oh, it's been a new chapter alright, one filled with more horror than Stephen King could have written. Manager Ozzie Guillen was fired after one season, star players were traded away after the 2012 season, and  a full-fledged fire sale was underway. So far this season, average attendance at Marlins Park is down 31% compared to last year's average, and it is expected that not a single game will sell out this season. Ticket sales are so weak that the team will cover upper level seats for weeknight games during an upcoming homestand. A brand that held such great promise 18 months ago has sunk to new lows.

The mess that is the Miami Marlins is not lost on prospective marketing partners. Some businesses that were eager to open in retail space adjacent to Marlins Park backed out when they realized the damage the Marlins were inflicting on their own brand. Not only would partnering with the Miami Marlins be unappealing in terms of diminished market interest in the brand, but the greater risk is that negative associations about the Marlins would transfer to brands that choose to sponsor or do business with the club.

One of the best reads of all time for business people (or anyone else) is Dale Carnegie's How to Win Friends & Influence People. To build relationships, a following, or a business one must focus on establishing trust and demonstrating concern for others. The Miami Marlins have unwittingly parodied this classic; a book could be written titled How to Lose Friends & Alienate People. Team management's actions have eroded fan interest and sponsor confidence. It is hard to imagine a brand would deliberately set out to create the negative associations on the scale of those elicited by the Miami Marlins. Damage has been done; now it is up to the Marlins to write a new chapter, one that has more desirable brand associations.

The Biz of Baseball: "Marlins Tarp Upper Section of New Ballpark Due to Low Attendance"
Posted by Don Roy at 2:32 PM