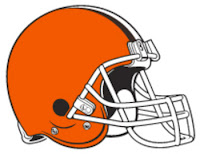 Here is an assignment for aspiring sports marketers: Improve a product that has been mediocre at best for many years. The product is the Cleveland Browns NFL team. How mediocre has the product been lately? The team's record over past five seasons is 23-57. The last playoff appearance was 2002 and lasted only one game. The Browns had three head coaches during that period and begin this season with yet another new coach as well as a team owner beginning his first full season. Still want to take the assignment?

A New Playbook
New ownership means opportunities for changes in leadership direction, and Jimmy Haslam appears to be doing just that. The team has announced several initiatives intended to improve the fan experience of attending Browns games at FirstEnergy Stadium. Experience enhancements include:

Of course, these new wrinkles in the gameday playbook will do nothing to make tackles or score touchdowns for the Browns, but they can energize fans and influence their evaluations of their experience on Sunday afternoons.

"It's the Experience, Stupid"
Former President Bill Clinton never worked in sports marketing, but if he did I suspect he would adapt a line he made famous during the 1992 presidential campaign. In his election battle with President George H.W. Bush, Clinton suggested that Bush was out of touch with what Americans were concerned about, saying "it's the economy, stupid." Today, sports marketers have come to understand "it's the experience, stupid." The volatility of the sport operations side of a franchise due to free agency, player suspensions, coaching transitions, and competitive intensity render marketers powerless to manage the on-field product. Besides, that aspect of the business is responsibility of others in the organizations.

Yet, sales and marketing departments are responsible for managing relationships and maximizing customer value regardless of performance on the field. Fortunately, fans attending a sporting event can come away believing they received good value and feeling satisfied even if their team did not win. The core product being marketed is entertainment, with the sport itself only being part of the total entertainment experience. Control what you can to make the entertainment experience as satisfactory as possible. Winning is gravy; it can make the challenge of attracting customers easier to accomplish. But don't count on winning to make everything better, just as the Cleveland Browns are doing.