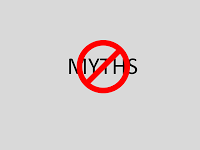 Note: This post appeared recently on the Marketing DR blog. We are sharing here given the importance of personal branding for practitioners, students, and scholars of sports business.

Personal branding has taken off as a practice for managing one's professional identity. The ease of communicating via social media channels has lowered the barriers to building a personal brand. I was first exposed to the concept of personal branding in 1997 through Tom Peters' seminal article "The Brand Called You." The ideas in Peters' article were a little unsettling- could you really market yourself like Levi's markets blue jeans? I was skeptical, but the confluence of less loyalty to employees among corporations and the emergence of the "new economy" brought about by the Internet convinced me that personal branding was going to be very relevant. Today, I encourage my students to apply marketing and branding principles learned in their coursework to managing their professional brands.

There are obstacles to putting personal branding into practice. Fortunately, most of the obstacles can be found between our ears- they are our own perceptions and fears about the importance of establishing and managing a personal brand. In my work with students and professionals looking to establish their personal brands, I have observed five misconceptions, or myths about personal branding:

1. Personal Branding is Bragging
Some people are reluctant to embrace personal branding because the idea of promoting one’s abilities and performance can be difficult for someone who is modest or does not like to “toot her own horn.” Yes, promotion is part of personal branding, but a great brand’s true value resides in the product itself and the benefits of the product to users. Promotion is how we communicate our brand’s meaning and makeup to the world, and that messaging needs to be real and relevant.

Baseball Hall of Fame pitcher Dizzy Dean was once asked how many games he and his brother, Paul, also a pitcher both playing for the St. Louis Cardinals, would win in in the 1934 season. Dizzy Dean predicted they would win 45 games between them and went on to say “It ain’t bragging if you can back it up.” The brothers won 49 games between them that season, and the Cardinals won the World Series. I would say Dizzy Dean wasn’t bragging- his message related the value he and his brother could bring to the team. Personal branding is not bragging; it is backing up your meaning and makeup while communicating your value.

The huge user numbers for major social networking sites can lead people astray, thinking social media is the key to personal branding success. Social media is a communication channel- nothing more. We can tirelessly work to post updates on Facebook, send tweets on Twitter, make connections on LinkedIn, and so on, but those efforts represent only a small part of the overall management of a personal brand. Social media plays a major role in the implementation of your personal brand, but your brand is not the words you say and images you share through social media.

3. Personal Branding is for Celebrities

You may have heard of personal branding but dismissed it because you believed it was something that only celebrities and other high profile people need to be concerned with their brand image and reputation. And, you are correct- celebrities in entertainment, sports, politics, business, and other fields use personal branding to communicate with their followers and maintain their status as opinion leaders. Social media has given opinion leaders in the “offline world” another channel for exerting their influence.

Remember, most people who have popular social brands already had well known personal brands. For example, Justin Timberlake has more than 23 million fans on Facebook and 22 million followers on Twitter. His brand is so strong online because of the value he has offered through his singing, acting, and performing for nearly 20 years. Social media has elevated the stature of personal brands like Justin Timberlake because fans and admirers can connect with him as well as other people who share an affinity for him. You, too can build a reputation for offering value to others... and it does not require you be a celebrity.

4. Personal Branding Requires You to Act Differently
The prospect of having to “act” like a brand is unsettling to many people. Their thinking is often something like “I’m a person, not a pair of running shoes!” Personal branding might be avoided by some people because of a perception that it requires them to act out of character. Thoughts like “putting on airs,” “phony,” or “arrogant” may cross the minds of those who believe that personal branding requires us to maintain a persona that could differ from who we really are. But, the most admired brands in the world are known for being remarkably consistent (think Amazon, Apple, Disney, and Google). They are authentic.

Building a great brand is not about coming up with a clever slogan or tagline, creating eye-catching brochures, or designing a slick website. Great brands make promises to customers and deliver on those promises. Do they fail sometimes? Of course they do, but even when a customer service failure occurs these companies work hard to recover from those failures to restore customer trust in their brand.  So, contrary to the myth that personal branding would require you to act differently, you must act yourself- be authentic!

5. Personal Branding is All about Appearances
A brand is a multi-dimensional concept, with one dimension being observable characteristics or features. Product and service brands use tactics such as logos, color schemes, slogans, distinctive packaging designs, unique fonts, and brand characters to strengthen people’s association with their brands. These tactics help establish mental connection between a brand as observed by the senses and its Meaning and Makeup. Likewise, tactics can be used to associate your personal brand with what you. Your appearance, business cards, wardrobe, and résumé are some of the tactics used communicate your personal brand. But, there is a tendency sometimes to put too much emphasis on these outward expressions of a personal brand.

History can be an effective teacher, and to debunk the myth of personal branding being all about appearances we go back in time to the late 1990s. The commercial Internet began to grow and created opportunities to develop online business models. Entrepreneurs did just that, attracting great interest from investors seeking to profit from the Internet’s growth. But by 2001, many dot-com companies were going bankrupt, having burned through their investment capital while making little (and often no) profits. One reason some companies failed was they spent excessively on marketing, attempting to use marketing tactics like those of popular brands such as Coca-Cola and Chevrolet. The difference between dot-com brands and established brands was that the established brands enjoyed the benefits of decades of marketing. They did not buy their exposure overnight; it was payoff for years of delivering value to customers through their products and advertising.

Let Go of the Myths
Any of these five myths of personal branding could be persuasive in delaying or even foregoing the decision to develop one's personal brand. Do not let the myths define your brand through inaction. Embrace your responsibility as manager of the world's most important brand: You.
Posted by Don Roy at 10:58 AM