Does Marketing Influence Cheating in Sports? 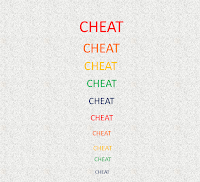 Cheating and sports have a long shared history. Point shaving scandals, failed doping tests, recruiting violations, and spying on opponents are a few of the most infamous ways players  and coaches have been known to cheat. If the objective of the game is to gain competitive advantage, cheating can be a means of accomplishing that aim just like more intensive training or better performance strategies.The stain that is cheating in sports surfaced again last week when Major League Baseball suspended Milwaukee Brewers All-Star outfielder Ryan Braun for the remainder of this season for violating the league's drug policies.

It's not Just Sports
Cheating in sports garners a great deal of publicity given the importance of sports in popular culture and the status enjoyed by athletes and coaches as celebrities and role models. As disheartening as it may be to hear how Lance Armstrong cheated his way to seven Tour de France titles and vigorously denied wrongdoing (further tarnishing his brand), bending and breaking rules is not limited to the sports industry. For example, another front page news item in the past week was the indictment of SAC Capital, an investment firm charged with insider trading that lasted for more than a decade. Whether you are a world class cyclist or a hedge fund manager, temptations lurk to violate rules and laws to come out on top.

A study by researchers at the University of California Davis and University of Chicago found that cheating, whether it be in sports or in the corporate board room, can be attributed to "extreme pressure to perform." Donald Palmer, UC Davis management professor and co-investigator in the research study, summed up why athletes and executives succumb to the temptation of cheating when he said “people who perform vital roles and for whom there are no or few substitutes will experience elevated pressure to engage in behaviors that bolster their performance, including wrongdoing.” Palmer's characterization of those persons who would cheat in sports sounds like the college football coach under immense pressure to win games to please alumni and donors as well as earn a bowl game bid that will generate more revenue for his university. Or, it is the professional athlete looking for any possible edge to maintain his or her health in order to perform at peak levels in the hopes of landing a huge contract and endorsement deals.

Is Marketing to Blame?
The steady stream of scandal, misbehavior, and cheating in sports leads observers of sports marketing to question what role, if any, marketers have in this situation. On one side, it could be said that misbehavior by athletes and coaches is just that- bad decisions and mistakes made by individuals who happen to represent team and league brands, too. After all, if a college basketball coach systematically bends or breaks NCAA recruiting rules, it is usually due to decisions made on his or her part and not because the athletic director said "win at all costs, even if it means cheating."

On the other side, an argument can be made that external pressures coming from the business of sports is too great for some players and coaches, and they cave by breaking rules in an attempt to outperform competition. College coaches are hired not only to coach, but they are also the Chief Marketing Officer for their programs. Alumni group meetings, media interviews, community speeches, social media activity- coaches have less time today to actually coach athletes because of their marketing responsibilities for their programs.

This post is not intended to take one side or the other in this issue. It is a topic that can be debated in the classroom or the coffee house with logical arguments that can be made on either side. Perhaps the bigger and even more complicated issue is how a culture of cheating in sports that probably goes back as far as sports competition itself can be dealt with by sports marketers to minimize damage to brand reputation.

Sacramento Business Journal - "Study: Cheaters Pressured to Cheat, on a Bike or Wall Street"
Posted by Don Roy at 9:04 AM