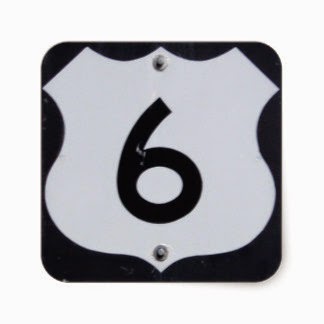 In my part of the world, summer has finally given way to fall. Leaves are changing colors and it is almost time to break out heavier clothing. All of these changes can mean only one thing: It is peak season for sports fans. Almost every sport is in season, preseason, or postseason. Enjoy!

1. The NFL's Return to Los Angeles is Imminent... or Not.

How can a national brand survive without business operations in the nation's second largest market? That question has been asked of the National Football League for 20 years, which is how long it has been since the Rams and Raiders called L.A. home. The mayor of Los Angeles recently predicted that an NFL franchise would be playing in the city in the next 12-24 months. Which side needs the other more- L.A. needing the NFL, or the NFL needing L.A.? Talk has come up before about the NFL's return to L.A.- is now the time for it to happen?

NFL Believes It's 12-24 Months Away from a Return to L.A., by Mike Florio, NBC Sports

2. Companies Compete to be Under Armour's Next Big Thing

Under Armour is known for its innovative ways. After all, it is the company that created the industry disruption that is known as performance apparel. Another way in which Under Armour is innovative is reflected in how it seeks out new product ideas. The company held a Future Show event recently in which companies competed to win favor with Under Armour executives. The prevailing idea was Omegawave, a wearable product that won out from a field of more than 1,000 entries. Competitions such as these are not a replacement for a firm's research and development department, but should more businesses follow Under Armour's lead to crowdsource new product ideas? Are there any drawbacks to using this approach?

Under Armour Holds a Game Show to Find Its Future, by Kyle Stock, Bloomberg Businessweek

In many aspects of life, imitation may be the sincerest form of flattery. However, in business imitation of products is not only frowned upon, it can be illegal. Businesses invest heavily to develop products and build brands and thus are afforded legal protection of their intellectual property through patents and trademarks. Competitors sometimes push the envelope in an effort to make knockoff products that do not cross the line of violating the IP rights another company owns. This issue has arisen for Nike's Converse brand, 31 times to be exact, as it has taken legal action against companies making products that infringe upon the design of the company's iconic Chuck Taylor brand. Converse is a $1.7 billion brand for Nike, so it stands to reason that it would take steps to protect the brand. The case makes for interesting discussion about how vigilant a brand should be in protecting its marketing assets.

LeBron James is nicknamed King James. His basketball skills are matched by his prowess as a brand endorser. His latest endorsement is with Kia Motors, being named the brand's first luxury brand ambassador. At first glance, this pairing might draw skeptical responses from consumers, much like the pairing of Buick and Tiger Woods more than a decade ago. However, the James-Kia relationship is interesting because it was LeBron who approached Kia about forming a relationship. This dimension of the story must be told as it breaks from convention of big brand hiring a celebrity to shill on the brand's behalf. LeBron James wanted to be an ambassador for Kia.

5. Does FanDuel Represent the Future of Fantasy Sports?

Daily games, which require less time commitment from players, have quickly gained popularity among fantasy sports players. One of the top vendors in this emerging category is FanDuel. It tripled revenue during the most recent quarter compared to a year ago and has more than 500,000 paid users. Does the popularity of daily games offered by FanDuel and DraftKings suggest that fantasy sports consumption will undergo a radical shift that will threaten traditional season-long games, or are they simply a new product category that appeals to a different customer not served by traditional fantasy games?

The National Basketball Association recently announced a new TV contract with Turner and ESPN worth $24 billion. The deal falls in line with escalating rights fees paid by media companies to acquire precious sports content. Live programming like sporting events generate good ratings, which translates into potentially more advertising revenue. But, is there a danger of a sports media bubble burst, just as we saw with Internet companies in 2000 and the banking industry in 2008? Sports economist Andrew Zimbalist thinks so, pointing out that the supply of sports programming available to consumers is greater than ever. At what point will audiences becoming fragmented, lowering ratings and making future massive TV contracts less likely?

The walk-off home run is one of the most exciting moments in baseball. That moment is even more special when it propels a team to the World Series. We saw this dramatic event when Travis Ishikawa's three-run blast ended the Giants-Cardinals NLCS.