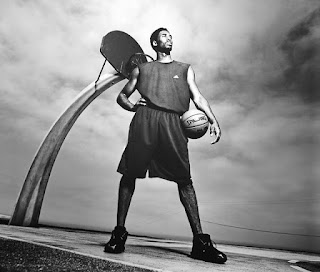 Is one of the all-time greats destroying the Lakers brand late in his career? Is Kobe Bryant, also known as the black Mamba, hurting the future business with the Lakers? Why aren’t any top free agents signing with the Lakers? Is he the problem?


Thinking about the NBA in the last decade and who has been the most effective player, a couple of names should pop but Lakers legend Kobe Bryant name would probably pop up the most. Kobe Bryant had the motivation, the will and most importantly the talent to be great. He somewhat lived up to the hype most may consider him the second best shooting guard of all time. Bryant entered the league as lanky 18 year-old fearless to any competition. He had a unique personality that many people questioned, but it seemed to work perfect for him. We know for sure it has worked for him for 19 years! The whole world has realized “Yeah the kid is special.”

19 years later he has all kinds of awards to show for such as:
5-time NBA champion
2-time Finals MVP
17-time NBA all-star
Los Angeles Lakers all tine leading scorer

That is only a short list of many that Bryant has received over the years.

A big time athlete receives a lot of attention, and if you carry yourself well as a professional many top companies will take notice and will want you to be a part of their brand. Kobe Bryant being a great athlete has attracted many endorsements over the years which earned him millions for himself despite minor run-ins with the law. Not only has he made millions for himself he has also had a positive effect on the Lakers. Being the face of the franchise, he is one of the main reasons that arenas stay filled. Even when the Lakers have had bad seasons the marketing department could always count on marketing Kobe Bryant, Lakers legend.

The Downfall of Greatness

As the years have passed, the same personality that made Kobe may be the same reason the Lakers haven’t seen as much success. The Lakers went through a tough time when they weren’t winning many games, and Lakers fans started to think the Kobe era had come to an end. But, after a couple of off-season moves everyone thought they were back. They acquired Dwight Howard and Steve Nash. Although they acquired those two all-stars the combination didn’t last long. Nash was injured and Bryant’s personality and Howard’s personality clashed which caused him to leave L.A. Back to square one, the Lakers continued to lose and depend on free agency. During each free agency period since then, analysts suggested that the big time free agents would find their way to L.A. Year after year these free agents went elsewhere. Free agents such as Lebron James, Carmelo Anthony, Chris Bosh, Kevin Love , and Marc Gasol to name a few. Many fans and analysts blame Kobe Bryant's selfish personality for not getting other big players to want to play with him.


Not only are the Lakers not getting any big time players, they aren’t winning many games and paying Kobe a $48.5 million dollar contract. With Kobe aging and the Lakers losing games, it is hurting their business. It’s causing players to not want to play for the Lakers. The once great franchise is not even in discussion with the elite. Kobe is hurting the future potential of the Lakers. Maybe if Kobe was more accepting of the roles of other veterans like Tim Duncan and Tony Parker, the Lakers would see success like the Spurs have been seeing. Since Kobe is close to retirement, would that help the Lakers? Or would that hurt the Lakers? Would Lakers fans be happy they are losing games and still seeing Kobe play, or would they hate the fact the Kobe has retired and they are still losing?

On the bright note the Lakers have a couple of young promising players. Will Kobe teach and lead these players in the right way? Is Kobe the brand hurting the Lakers late in his career? Will Kobe’s retirement help the Lakers? With no Kobe will they see more big time players?

Taylen Douglas is a senior marketing major at Middle Tennessee State University from Jackson, Tennessee.
Posted by Don Roy at 11:40 AM