Is Daily Fantasy the Same as Season-Long Fantasy Sports? 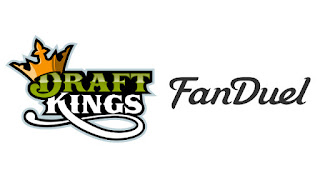 It’s the question that’s being asked in New York and Florida courts.

Are daily fantasy sports considered gambling, or are they just a form of entertainment like season-long fantasy leagues?

NFL commissioner Roger Goodell spoke on it for the first time Sunday evening, saying that daily fantasy sports are just that, entertainment for NFL fans around the globe.

Websites like DraftKings and FanDuel have seen a meteoric rise in a likewise growing business in fantasy sports.

With that growth, it’s not a surprise that people are becoming outspoken that it is a form of gambling that needs to be regulated, or completely eradicated in some states, especially after the internal scandal just a few months ago.

And honestly… it just may be a form of gambling.

Analytics and skill can only account for so much in an evolving and unpredictable entity known as the National Football League.

Can anyone truly predict that Miami Dolphins running back Lamar Miller will explode for 41 fantasy points against an opposing defense?

The answer is no, because external factors outside of skill determine his potential success or the outcome.

Much like season-long leagues, time is invested to look at match-ups and potential injuries that have affected some players on each teams.

But, statistics can only do so much.

It all boils down to making a gamble.

Should someone playing blackjack hit one more time?

It’s a gamble that could burn a fantasy player, or card player, or reward them with monetary gain.

As someone who plays daily fantasy and in season-long leagues, there’s a difference between gambling and playing for fun.

One involves money, the other does not.


As lawmakers push for regulation, is it really a big deal that daily fantasy isn’t being regulated in some states?

Because there are bigger issues going on than someone wagering money they earn on whether Miller will have a better game than Gurley.

Connor Grott is a electronic media journalism major at Middle Tennessee State University.
Posted by Don Roy at 7:28 AM