Will the NFL Fight against CTE? 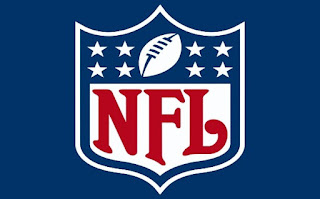 The new movie Concussion is opening a possible flood gate for the NFL. This flood gate could possibly affect the NFL in the long term and hurt them. The movie trailer follows forensic pathologist Dr. Bennet Omalu, who was the first to publish his findings on CTE.

CTE's Problem is the NFL's Problem

What is CTE you may ask? CTE stands for chronic traumatic encephalopathy. This disease is a progressive degenerative disease found in people with a history of repetitive brain trauma, including symptomatic concussions as well as sub-concussive hits to the head that do not cause symptoms. CTE has been commonly found in professional athletes who have and are active in football, ice hockey, professional wrestling and other contact sports who have experienced repetitive brain trauma. People who have CTE tend to show symptoms of dementia such as memory loss, aggression, confusion and depression, which generally appear years or many decades after the trauma. Testing has been created to assess possible cognitive impairment in athletes in contact sports, but a test to determine the presence of CTE while the person is alive is not yet available. 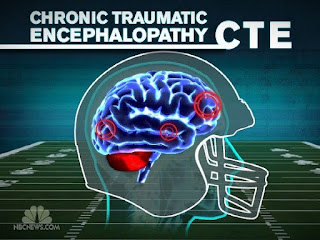 Now the biggest concern the NFL might have is dealing with people who might not even want to play football anymore, professionally or amateur league. They have to take into consideration the parents who will not want their children associating themselves with the sport. If this becomes a true popular problem. The NFL could lose potential future players and also current players who will fear for the disease.

An example of some former NFL players who have been confirmed to have the disease are Jovan Belcher, Forrest Blue, Cookie Gilchrist, Chris Henry, Tom McHale, and Mike Webster. These are just a few but the NFL tops the list for most players who have contracted this disease.

The growing number of CTE cases could damage to the reputation of the NFL. There are so many problems that could arise from the increased awareness of CTE. Such examples could be if parents prevent their children from playing the sport. Players could shorten their NFL careers due to the scare of the head trauma disease in their future. 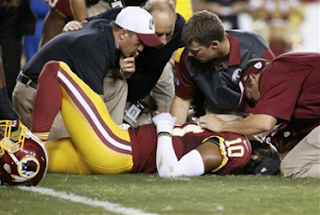 Been There, Done That

Oddly enough this is not the first time the NFL has dealt with this type of situation. In 1905, at least 18 people had died and more than 150 people were injured playing football. Between 1900 and 1905, 45 players died from either internal injuries, broken necks, concussions, or broken backs. Nearly every death that was on the field was cause by unnecessary roughness. The future of football may have been saved by Teddy Roosevelt, who came together with Yale’s coach Walter Camo known as the father of American football and Harvard coach William T. Reid, Jr. The three had come together Roosevelt as the mediator. They then discussed how they could make the sport safer for players.

Even today a high number of high school players are getting injured. Recently, a high school student by the name of Andre Smith, age 17, died due to blunt force head injuries due to a football accident. Luke Schemm, 17 passed away after scoring an extra point for his team. He then ran to the side line and collapsed and passed away that same day. Cam’ron Mathews, age 16, collapsed on the sideline and later died that day.

Let's Clean Up this Mess


Now the question is how they will save football from the clutches of what almost got them once upon a time ago?

There are some possible solutions that the NFL can take for this horrific situation. The NFL can build awareness of CTE throughout the league promoting players to know the effects of playing football (a form of a warranty). They could also enforce stronger rules that will prevent players from being tackled unnecessarily too hard. The biggest thing they could do is promote and create better equipment for their players. The equipment they are using is simply not good enough. Consider all of the other sports that deal with impact and are not exposing their players to having the highest rate for having CTE. If they promote the idea that the NFL does care about their players to fans and concerned consumers, this situation could be less damaging if the NFL addresses the situation versus completely ignoring it. That seems to be the biggest concern of parents and consumers, which is that the NFL does not care about their players. They could even go as far as where they show their respects to those players who have CTE and are still living. Show how even though they have the disease they have no personal grudges against the NFL.

In conclusion the NFL seems to be focused more and more on profits and not their assets which is their players. The sooner that they recognize who is important and how to show these emotions the lesser chance I can imagine them suffering from the disaster caused by football CTE.

Daryle Webb is a senior marketing major at Middle Tennessee State University.
Posted by Don Roy at 10:27 AM