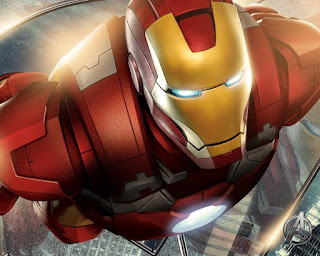 What if I told you all records are meant to be broken, but not all will break?

You’d be sad if someone you admired was to have his or her record broken. You’d root against the athlete going toe to toe with history. Certain athletes may not have to see their accomplishments surpassed.

There are three names that may, forever stand alone; Brett Favre, A. C. Green, and Cal Ripken, Jr.

In sports, the title “Iron Man” does not get tossed around too lightly. By sport’s definition, an iron man is an athlete with unusual physical endurance. The perfect title for an athlete who does not miss games due to illness, injury, or anything else unforeseen. Each sport has their own athlete with a record of their very own streak of games played in a row. What I am going to talk about is the iron men of the past and the modern day iron men in the National Football League (NFL), National Basketball Association (NBA), and Major League Baseball (MLB) and how the “Iron Man” records could possibly stand the test of time.

The record for most consecutive starts at any position in the NFL was at 270 games. It was held by Jim Marshall of the Minnesota Vikings. The record stood for thirty years. The record is now at 296 games, held by Brett Favre of the Green Bay Packers. There are many whose personal records fall short of 200 games, but nowadays many stop short of 100 consecutive starts. The longest active streak goes to Eli Manning with the New York Giants at 169 games and counting. While that number continues to climb, he has a long way to go. Eli is the earliest person who can break the record and even he will have to start every game until the second game of the 2023 football season. There are only eleven players who have an active streak above 100 games, several of those players are nearing their retirement. To put Favre’s record in perspective, to play 296 games consecutively, you must play at least eighteen and half seasons. The average NFL career lasts a little over three years or six years if you make the roster as a rookie. Another matter of perspective is students who are now fifth graders will be starting their freshman year of college by the time Eli should break the record, if he does.


The NBA has not tracked its stats for as long as the game has been played, but it has an Iron Man record that may not be broken for a long time either. A. C. Green broke Randy Smith’s record of 906 games in 1997. The record is now 1,192 games played consecutively. Smith’s record stood for fourteen years. Green started his streak while Smith was nearing the end of his. While A. C. Green’s record physically looks more daunting than Brett Favre’s it will take less time if a player were to start towards Green’s streak today versus Favre’s. Although Favre’s record will take longer to accomplish, according to the trend of players in the NBA today, it’s much more likely to be tested than Green’s record. fourteen and a half seasons after Green started his streak he sat on the bench, putting a definite number on his record. The player with the best shot at his record is DeAndre Jordan with the Los Angeles Clippers. DeAndre is 892 games away from being tied with NBA’s iron man. While he has his own lengthy streak of 300 games, it will take him almost eleven more seasons to break the record. DeAndre would be thirty-eight years old and seventy-two games deep into his eighteenth season as a professional basketball player when he ties Green’s record of 1,192. DeAndre is an NBA center, so for his career to last until he’s thirty-eighth would be incredible. In a matter of perspective, the average NBA player plays for almost five years. Center’s careers usually last less time than that.


The NFL has Favre’s record, which may not be broken, at least not for a while. The NBA has Green’s record, which also may not be broken. Then there is the MLB. The previous record for most consecutive games played was 2,130, held by Lou Gherig of the New York Yankees. His number of games played consecutively was so astounding the record was dubbed unbreakable when he retired in 1939. The record stood for fifty-six years. Broken in 1995 by Cal Ripken, Jr. Ripken’s streak continued until he decided he wanted to sit out of the last series of games in 1998. His streak ended at 2,632 games. Ripken’s streak didn’t take as many seasons as Favre’s did, I think Ripken’s streak is far safer than Favre’s. The longest active streak in the MLB is a whopping 149 games and it belongs to Manny Machado of the Baltimore Orioles. His streak started when the season started and if it continues he’ll need to play every game till at least the forty-first game of the 2032 season to beat Ripken’s record.


There could be many explanations of why the Iron Men of today are nowhere near those of the past. I believe it is due to the evolution of sports. Sports has turned into a business. Players are paid far more than ever before, and, therefore, owners and upper management want to protect those players as much as possible. The mindset of coaches and owners in the past was to use what you have and play to win. Today, coaches and owners play for tomorrow as well. They play to win still but will not hesitate to sit star players nearing the end of a season where the playoffs are missed. Some coaches even sit their players leading into the playoffs to prevent exhaustion or injury. Either way the facts still remain the same. Sports have evolved into a business juggernaut with high influence in the economy, and the Iron Man records may forever stand. 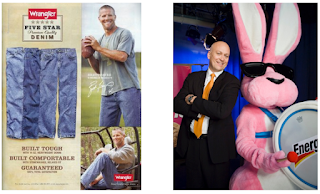 With such an amazing accomplishment under their belts, their name markets their body of work for them. Brett Favre and Cal Ripken Jr. may not be able to or want to play anymore, but because they did for so long without any break in between some companies used them as a way to market their own brands. Wrangler jeans is known for having Brett Favre in their commercials wearing their jeans and having Brett Favre tell us how tough and durable they are. While Cal Ripken Jr. may not a deal with Energizer, that didn’t stop them from showing off this picture of the Energizer Bunny and Mr. Iron Man himself. Energizer is known for saying their batteries are reliable and they keep going and going and… I think you’ve heard it before. They’re different companies, but their messages are similar: durable, tough, reliable, and long lasting.